The Inn at Burklyn is a historical, Neo Classical-style grand mansion built to be Elmer Darling’s private residence in 1904 on the highest point of the Darling Hill ridge, extending north-south in northeastern Lyndon and southern Burke. It was to be the centerpiece of a vast country estate covering 1,400 acres. Elmer Darling, a native of Burke, earned his fortune operating a hotel in New York City. After extensive exploration of the ridge, he found the perfect location for his dream home and drew up plans of his own, before turning them over to the architectural firm Jardine, Kent & Jardine. 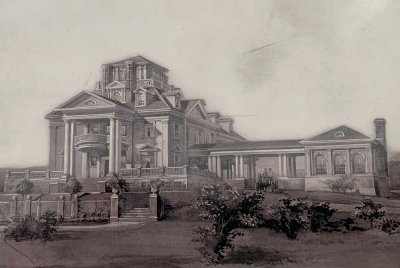 It took four years to build during which time Elmer ran the hotel in New York and his brother Lucius oversaw the construction. Granite was quarried at Kirby Mountain with teams of six-eight horses dragging the huge rocks down from the mountain and through the village to the site. Most of the lumber was cut from Elmer’s own forests and prepared at a mill in East Burke.

The house was built three stories high with eight entrances. The steep roof featured gabled dormers and a balustraded widow’s walk where one could take in views of the Green and White Mountains and observe the rolling hills of the pastoral farmland below. Formal gardens sprawled southeast away from the building. The interior had many amenities that were new to that time period, including elevators and a central vacuuming system. 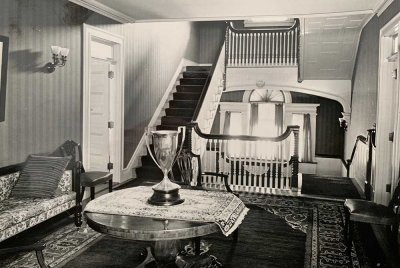 Guests could arrive under the Porte-Cochere, which extended off the building and led to a separate billiard or “clubroom” where guests could immediately escape and have a drink before heading into the mansion.

A greenhouse and conservatory could be found at the south end of the building where a Dutch gardener tended flowers for guest bedrooms, as well as larger arrangements for the main rooms downstairs. A barn across the street housed Morgan horses during Elmer’s ownership of the property.

In the mid-20th century, Burklyn Hall was used as a dormitory by Lyndon College. 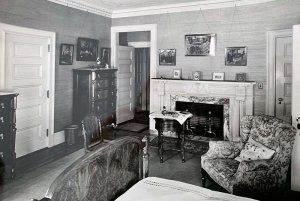 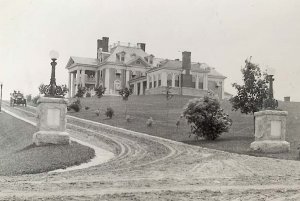 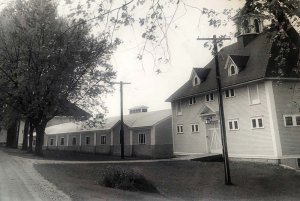 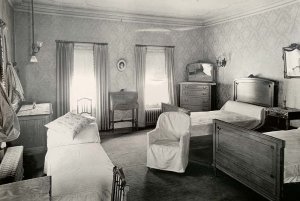 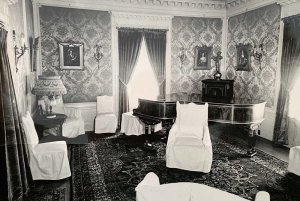 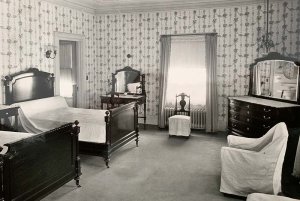 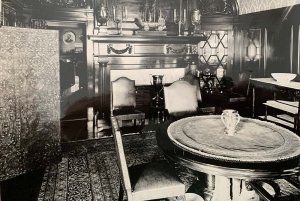 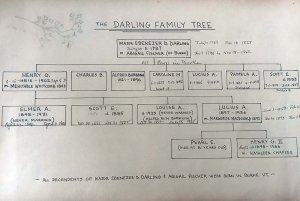 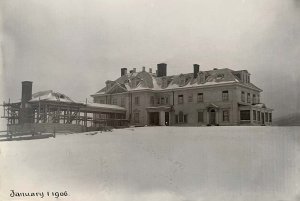 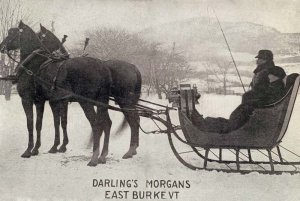 We are committed to making our website ADA compliant.